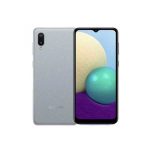 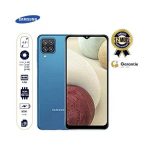 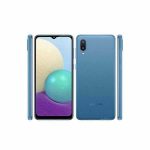 The SAMSUNG Galaxy A02 an entry-level smartphone made for those on an average budget but who want to enjoy the most sophisticated performance. With its large 6.5-inch screen and its monstrous 5000mAh battery , this Smartphone will be your greatest happiness. It will also help you take beautiful photos and also run the majority of available Android applications. Its 32GB and 2GB of RAM will be of great use to you during its use.

The SAMSUNG Galaxy A02 is a smartphone with its gigantic 5000mAh battery as a strong point . With such a battery, forgetting your charger at home or anywhere else will no longer be a source of panic because there are resources. Play, listen to your music, watch your videos, surf the internet, it will last as long as possible.

The SAMSUNG Galaxy A02 has a large 6.5 inch screen , and very thin bezels with a notch for an amazing experience. Its resolution of 720 x 1600 pixels , even higher than HD , will make your experience even more immersive. With this 32GB Smartphone, watching your serious movies, video clips and even video games is a delight for your eyes.